Founded in North Vancouver, Canada back in 1989, Arc’teryx has become one of the most impactful and respected technical outdoor brands around. However, in 2009, they launched a sub-brand called Arc’teryx Veilance — which was later shortened to just Veilance — as a more fashion-forward branch that could take on more ambitious stylistic projects.

While Veilance still trades primarily in high-end minimalist technical apparel, they’ve also branched into bags and now everyday carry gear — still while holding true to their ethos of high-end performance and material innovation. While they offer a collection of wallets, we got our hands specifically on their cardholder, called the Veilance Casing Card Wallet, for an in-depth look at all that this particular wallet has to offer. 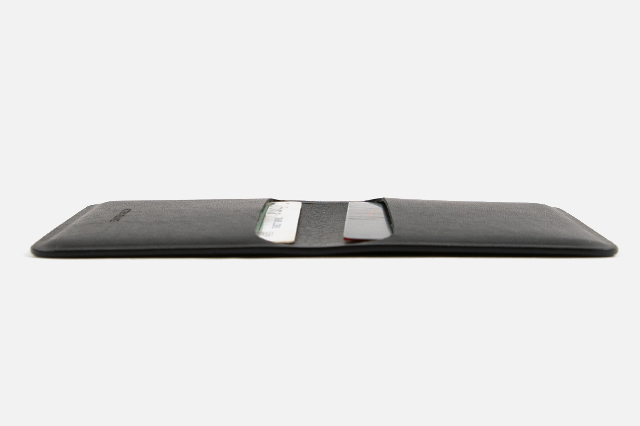 The Veilance Casing Card Wallet actually comes flat in its package and is so remarkably lightweight and thin that calling it featherweight sounds almost like it doesn’t quite do the wallet justice. Roughly the depth of two credit cards stacked atop one another, you might assume that this wallet is made from some kind of space-age synthetic. The truth, however, is all the more surprising (but we’ll get into that later). Furthermore, the seamless, stitchless construction seems almost otherworldly — like this is a wallet bestowed upon humanity by aliens or time-travelers, rather than a product crafted by modern humans. 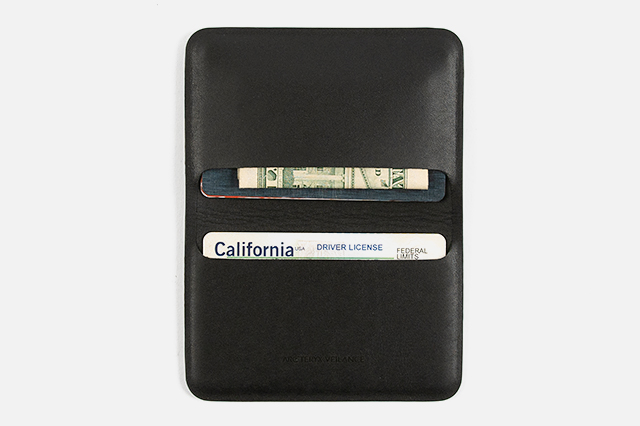 As mentioned, the Casing Card Wallet is so remarkably thin that it seems like it might be crafted out of some kind of groundbreaking, space-age, synthetic fabric. The surprising truth, however, is that this wallet is actually crafted from Horween leather. In fact, it’s a full-grain premium tanned leather built to Veilance’s exacting specs. As a result, the surfaces are beautiful to behold, soft to the touch, but there’s still a measure of durability to them. It’s striking, to be certain, and speaks to the technical prowess of the brand and its designers.

But the exterior fabric isn’t the only impressive feature. Along with an impossibly-thin full-grain leather exterior, the Veilance Casing Card Wallet has a completely stitchless construction. The brand instead created its own proprietary laminate construction that allows for unheard of thinness without sacrificing on durability or toughness. The result is an exceptionally-crafted leather wallet that seems almost like it was created out of one seamless piece of fabric.

We cannot express enough just how magnificent both the materials and craftsmanship of this wallet are. Truly, it seems almost incomparable to anything else in existence on the market today. Having said that, there is a lingering concern — however unfounded — that the seams may come apart or the leather might get ruined in the course of regular use, breaking our reverence for its out-of-the-box appearance and feel. 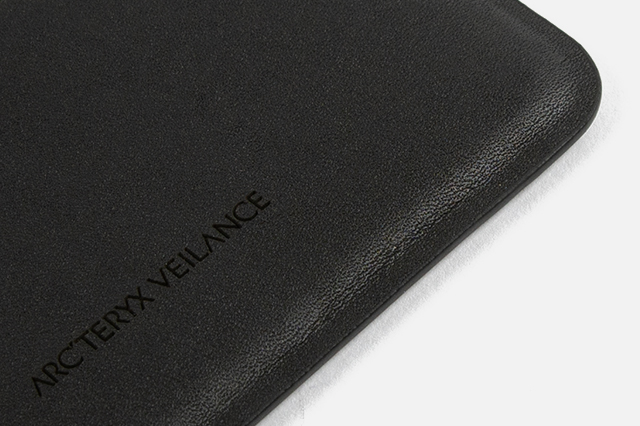 It needs to be said that the Casing Card Wallet adheres supremely strictly to the tenets of minimalism and that it wouldn’t look out of place amongst a collection of Bauhaus goods. But that ethos does come at a cost — namely in regards to capacity. The wallet has only two storage slots of which to speak, both sized specifically for credit cards and both with enough room for just a couple of said cards at a time. As mentioned, this wallet is made from leather and, therefore, may stretch out over time to accommodate more cards, but we’d be worried about pushing the limits of the laminated seams.

While the wallet comes packaged flat, it isn’t intended to be kept flat in-use. Rather, the brand leaves it up to the customer to fold it in half, less like a cardholder wallet and more like a traditional bifold. While that does create an even smaller footprint, it isn’t without issue. You see, because the wallet comes stiff and flat, it doesn’t want to fold. Even after being creased, it springs back open and flat. The big issue therein is that it tends to bulge in the pocket. This may lessen over time as the wallet breaks in, but it’s a bit frustrating at the outset of using it.

There’s also one other glaring gripe we have that’s also connected to its fold (or lack thereof): the internal crease. Upon folding this wallet in half for the first time, we noticed that the interior of the fold creases and wrinkles — much in the same way the toe of a boot might over time. While aging is normally a part of what we like about leather goods, as it means the leather is acquiring character over time, it seems out of place with this ultra-sleek wallet and, to some, it may seem quite unsightly, like wrinkles on a suit or dress shirt, and can give the impression you were never supposed to fold it in half in the first place. 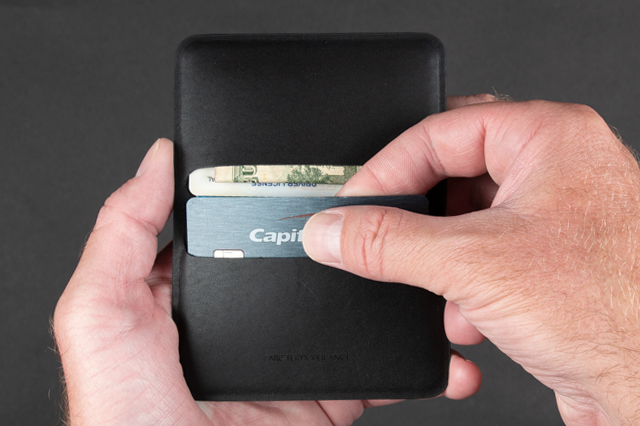 Ultra-minimalism is certainly the name of the game with the Veilance Card Casing Wallet, and it is sure to please in that regard. However, not just anyone with an appreciation for sleekness, trimmed-down design, and the Bauhaus ethos is going to have the desire nor the means to carry this wallet. And that’s because of one very simple, glaring fact: it costs $175. As such, this wallet seems best for superfans of streetwear and high-end technical gear who have quite a large disposable income in their arsenal. That being said, if you have the scratch, there’s no denying that this wallet is an eye-catching statement-maker without being overtly boastful or audacious. 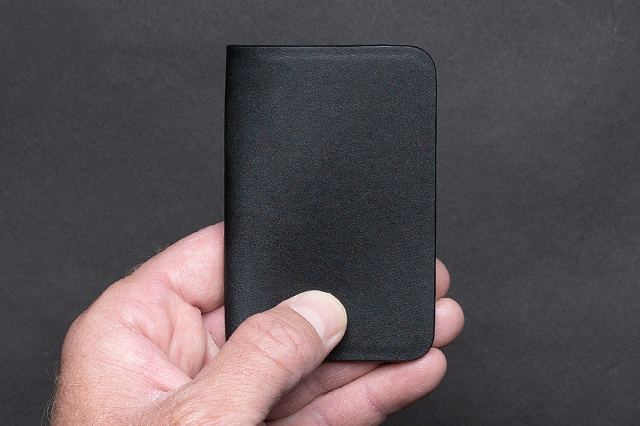 To suggest that this exceptionally minimalist and groundbreaking card wallet is innovative and unrivaled in its materials and craftsmanship almost doesn’t do its impressiveness justice. It’s remarkably thin, despite being made from genuine Horween leather, and has a proprietary stitchless construction that makes it unrealistically slender. However, it isn’t without issues — including difficulty with the bifold, unsightly interior creases, a lack of good storage options for cash, and a high price. Still, in spite of its downsides, we can’t help but find ourselves in awe of this revolutionary everyday carry accessory.

A minimalist technical miracle with an ultra-thin proprietary construction & materials.