Bellroy — headquartered in Canterbury, Australia and with another location in Fitzroy — has just celebrated their 10-year anniversary. And that might come as a surprise to some, considering how quickly they’ve become a household name in the everyday carry industry. Of course, it also isn’t surprising that they’ve made such an impact, considering all the lessons they learned about product design (and its inherent pitfalls) through their sister site and predecessor blog, Carryology. Still, there’s no denying the prowess the brand has consistently displayed across their tenure.

While they offer a wide variety of pocketable gear and bags in which to haul said gear, their bread and butter certainly comes in the form of smaller EDC items — especially wallets. And one of those spectacular options is what concerns us today. The enigmatically-named Hide and Seek is one of Bellroy’s most popular and cleverest offerings for its curious blend of traditional styling, modern sensibilities, and — as the name suggests — some hidden features. Check out our hands-on, in-depth review below. 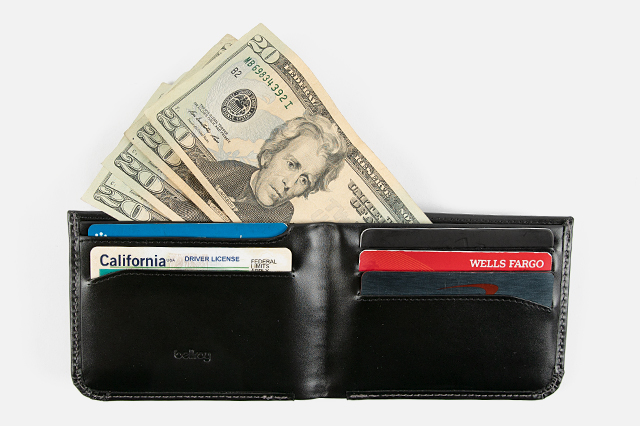 There’s no denying the sheer beauty of this bifold upon your first inspection. The silhouette is simple, yet recognizable; the craftsmanship of the stitching is immediately apparent; and — perhaps most surprising — it’s shockingly lightweight. Knowing that the Hide and Seek is built primarily from leather, we would have expected it to be heftier and thicker, but we were pleasantly surprised to find that wasn’t the case at all. The wallet feels good in the hand, it’s a pleasure to behold, and the tiny metal owl icon is a spectacular and subtle touch that serves to brand the wallet without being an eyesore. 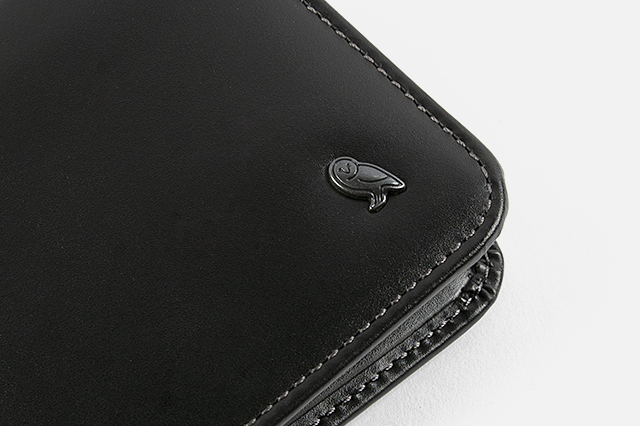 As mentioned, the primary construction material for the Bellroy Hide and Seek wallet is actually leather. However, this isn’t your standard, old-school animal hide. Rather, it’s premium, environmentally-certified, high-grade leather — made to meet gold-rated Leather Working Group environmental protocols. And the quality is clear from the very beginning. The material feels soft-but-sturdy, has no blemishes of which to speak, and has just the right amount of sheen with its satin finish to look a bit upscale without reminding us too much of a shimmery pair of patent leather shoes.

Of course, the craftsmanship extends to every part of this cash and card carrier — not just to its primary construction material. The single-thread stitching is subtle and clean, with no stray strings — both along the external edge, as well as along the internal edge and pockets. Even the reinforcements within the large cash pocket have been carefully stitched. Furthermore, the branding is limited to just two details: the metal owl icon on the exterior that we mentioned previously and a small “Bellroy” embossed on one of the internal pockets.

Altogether, this bifold’s quality and craftsmanship are both points of which the brand should be proud. It’s understated, there are no jagged edges, and the whole package is clean and easy to manage. If we were to judge this wallet on its appearance alone, it would get top marks across the board. The only downside therein is that, while the leather they use is certainly more environmentally-friendly than traditional animal hide, it’s still not quite eco-conscious and shouldn’t be considered sustainable. 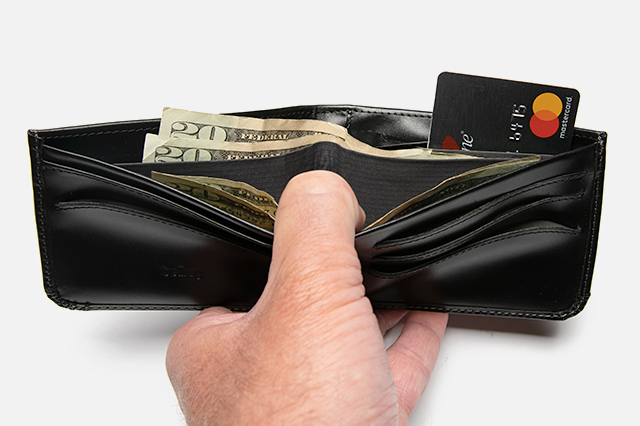 The very fact that this wallet conforms to a mostly-traditional bifold format comes with some expectations about what it should be able to do, how many cards and bills it can hold, and more. Thankfully, the Bellroy Hide and Seek meets and often exceeds all those expectations. For starters, the interior has a quartet of quick-access card slots alongside a single, deeper storage slot that’s suitable for coins, a key or two, or even some smaller documents — like a movie ticket or folded up receipt.

Beyond those quick-access pockets, there’s a large vertically-accessed cash slot with a center divider and, at the front, another more subtle and out-of-the-way storage pocket that could fit any cards you don’t need quick access to. All told, the wallet can carry as many as 12 individual cards or more and a large number of bills. And thanks to its slimness, it can manage that while still being thinner and more lightweight than its predecessors and more-traditional counterparts.

The Hide and Seek does have one more hidden talent — the feature for which it was named. Within the large main cash pouch, at the backside, there is a leather flap that hides behind it one more storage pocket — out of the way of prying eyes. This one feature may be the highlight of the entire, beautiful, functional package, as it gives users the ability to keep any sensitive documents or small and thin pieces of gear (like a key) stored securely in a place privy only to the owner of the wallet. We wouldn’t call this addition necessary, but it’s certainly a welcome one that doesn’t bog down the rest of the design whatsoever. 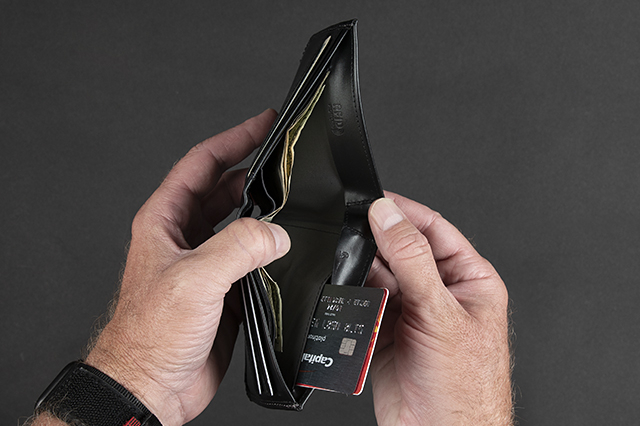 If we had to pick the person that fits Bellroy’s intention with this offering, we might call him the modern traditionalist. The person that carries this wallet might still want to adhere to old standards and isn’t quite ready to make the jump toward the ultra-minimalist front-pocket wallets of today, but still appreciates a clever, novel twist. With a deep enough dedicated pocket (literally, not figuratively), this could be considered a front pocket wallet, but that likelihood plummets the more you pack in the cards, cash, coins, etc. So long as that doesn’t deter you and you appreciate a bit of subtlety and security, this high-quality wallet is likey for you. 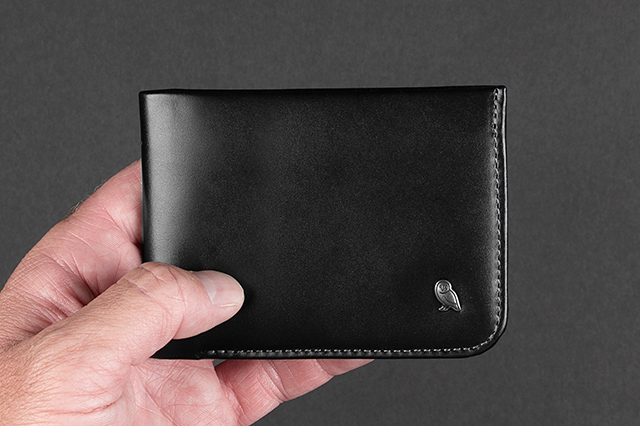 As we’ve come to expect from the brand, Bellroy delivers a novel twist on a classic piece of everyday carry. While it doesn’t reinvent the wheel, it does take the idea of a traditional bifold and turns it into something much more manageable for a man with modern sensibilities and an appreciation for the juncture between minimalism and heritage. And while the craftsmanship is spectacular from tip to tail, the slimness of the design simply cannot undo the pitfalls of a leather bifold, as the issue lies more with how much you shove into it rather than the wallet itself. Still, if you’re interested in upgrading your current backbreaking bifold, this is an absolutely stellar transition between the classic and contemporary.

A slimmer, modernized take on the classic bifold with clever hidden features.