Tactical and tactical-inspired gear is not for everyone. In fact, utilizing military-derived features and technologies in everyday carry can be downright divisive for some. However, those that are willing to take the dive and give it a shot are far more likely to realize just how much versatility and value can come of it. Especially if you have a keen interest in speediness, organization, and modularity, military-inspired tactical everyday carry gear could be seen as the most obvious and useful category to delve into.

Triple Aught Design is a brand that has really pushed the boundaries therein and they’ve built a sterling reputation for crafting some of the best, toughest, most innovative tactical-inspired civilian-facing gear and apparel around. And while it would be damn near impossible to pick a single offering of theirs that best exemplifies their expertise and prowess, there’s definitely an argument to be made for the Triple Aught Design FAST Pack Litespeed — which we took a deep dive into for the following hands-on review. 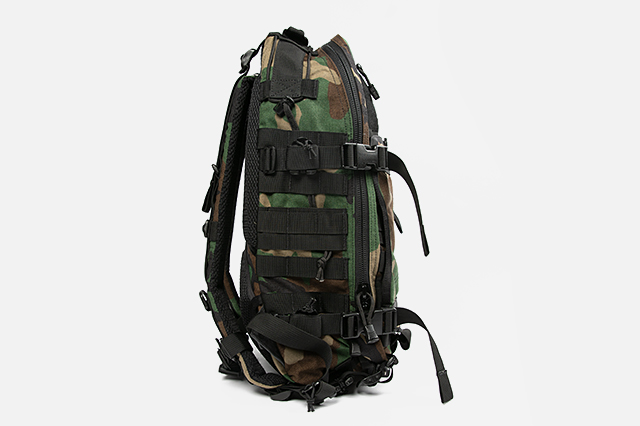 Perhaps more so than any other of the offerings on our list of the best everyday carry backpacks, the T.A.D. FAST Pack Litespeed is, in a word, intimidating. From its aggressive range of colorways (we handled the Woodland Camo option) to its busy array of exterior features, all the way to its surprising heft (even when empty), this is the kind of backpack that will scare off all but the most well-informed. That being said, the intimidation factor also speaks to its impressive construction, a huge amount of modular potential, and its overall reliability — this is not a bag anyone will be afraid to put through its paces day-in and day-out, and you can trust that it won’t let you down, ever. 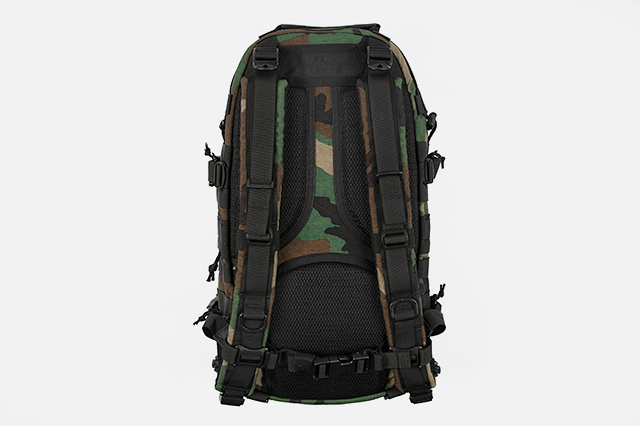 As you can garner from a cursory glance, this backpack has a pretty busy external appearance — which makes a lot of sense, as it features a comprehensive suite of materials and features that make it so. First and foremost, it’s worth mentioning that the entire bag is made in the USA and is extremely well-built, which is likely to be a huge boon to those that appreciate American craftsmanship and explains at least a bit of why it is such an expensive bag. It’s hefty-yet-sturdy and, while there’s a lot to gawk at, it appears as though all of the seams and stitching are clean and well-done. Of course, the exceptional built quality is only a fraction of what makes this bag so special.

Beyond the overall construction, we have to talk about the primary and secondary external and internal materials. The greatest portion of this bag is built from 1000D Cordura ballistic nylon — meaning it’s rated for battlefield usage and is naturally abrasion-, puncture-, and water-resistant. On top of that, it boasts a suite of YKK Nylon Coil Reverse Zippers with 550 paracord lanyard pulls, as well as ITW GhillieTEX webbing, anchor points, buckles, and other hardware — all ultra-tough and all extremely reliable. The brand even included a large velcro patch on the upper quarter for a touch of personalization through the addition of patches, as well as Hypalon reinforcement points and DRI-LEX Aerospacer Moisture Management Mesh to ensure all-day comfort even under a heavy load. Of course, to go along with its extensive external materials, hardware, and craftsmanship, there is also even more hidden within. 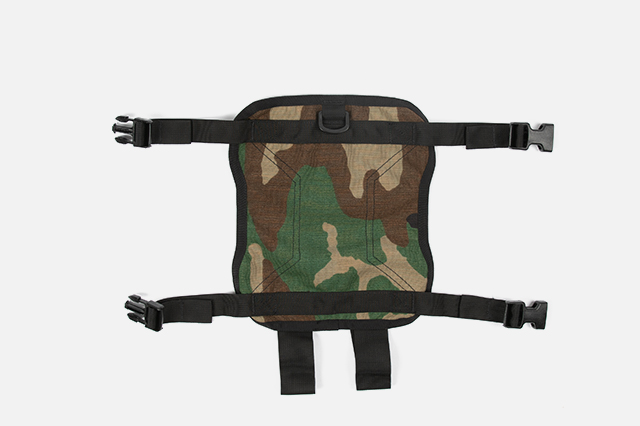 As far as features you can’t immediately see are concerned, the bag is also fitted with mesh-covered padding on the should straps (which have their own attachment/anchor points and a stabilization sternum strap, as well), Evazote Closed Cell Cross-Linked Ethylene Copolymer Foam on the back panel, and an HDPE Frame Sheet for added stability, structure, and protection. And, while it’s definitely not something we’d say has gone unnoticed, the sides and front of the bag are all riddled with a combination of MOLLE-compatible PALS webbing and several points with wider two-inch webbing that’s compatible with Tek-Lok sheaths and holsters. Lastly, it should be noted that our pack came with a “Sterile” FAST Transporter Tail panel (for compression and additional storage), but this piece can be swapped for one with even more MOLLE webbing through an additional purchase. If you’re starting to ask yourself what T.A.D. didn’t include on the exterior of this decidedly comprehensive assault-style EDC backpack, you’re in good company. 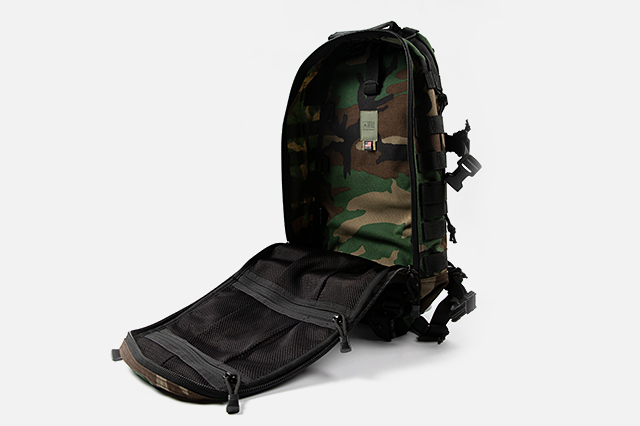 If the exterior of this EDC backpack seemed overly complex, don’t fret; the internal scheme is much more streamlined and easy-to-understand — yet it still offers a measure of organization and the ability to be customized for even more modularity within the main compartment. That starts with its single front-accessed pocket, which is hidden right behind the velcro panel and is accessed via a horizontally-oriented zipper just above the aforementioned velcro panel. Easy to get in and out of, this medium-sized pouch is ideal for a collection of small EDC gear and any pocketable items you want quickly-accessible — which is bolstered by the fact that it has a small, built-in, internal organizer with slots perfect for EDC pens, perhaps a knife or two, and more. We’d caution away from using this space to store anything essential or of high value, but it is perfectly suited to quick-access storage. 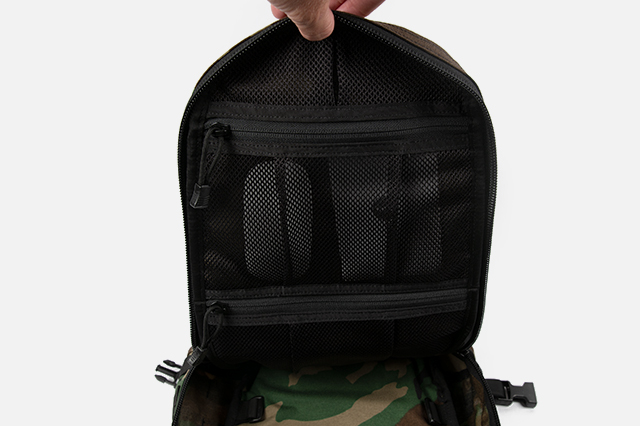 Beyond that, there is a single main compartment that makes up for the bulk of the bag’s 22L capacity. At first glance, this compartment seems fairly simple. At the front of the compartment (opposite the back panel), there are two zippered, pleated mesh pockets — both roughly the same size and shape — that are decently-sized and can handle a bit of expansion if you want to push them to their limits. However, apart from those two pockets, there are no other integrated organizational systems. Rather, the inside of the bag boasts a complement of internal anchor points, which are suited to installing the brand’s Cordura nylon Control Panel 1 — a standalone organizer with PALS webbing on one side and dual zippered pockets on the other. Granted, the bag doesn’t come with this panel, but it’s a fairly simple affair to purchase it alongside the FAST Pack Litespeed for $50 and boost the versatility of the internal organization in turn.

Lastly, it’s worth noting that the bag doesn’t come with a laptop compartment. In regards to EDC usage, especially for someone with a steady job that necessitates a folding computer, this is a fairly major downside. However, if you were to attach the included FAST Transporter tail or Control Panel 1 (purchased separately), it could function as an ad-hoc laptop pouch, as there is plenty of room inside the bag for even the largest of folding PCs. Still, it’s important that potential buyers are aware of this notable knock against this particular backpack. 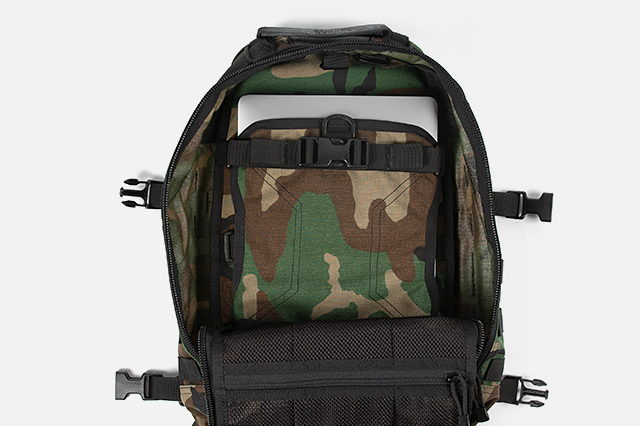 Unfortunately, due to its high dry weight and the overwhelmingly tactical-inspired appearance, the FAST Pack Litespeed has a fairly focused target market and likely mostly falls in line with people who are heavily into mil-spec gear. However, we hope that people can look past the obvious tactical influences and come to understand that this isn’t simply a soldier’s backpack. Rather, it’s a pretty comprehensively impressive customizable hauler. Yes, it is heavy and aggressive, but it’s also markedly more well-rounded — at least from a feature standpoint — than most bags in its class. Obviously, this bag will speak to tactical aficionados, but we hope it also speaks to those smart enough to dig a bit deeper. 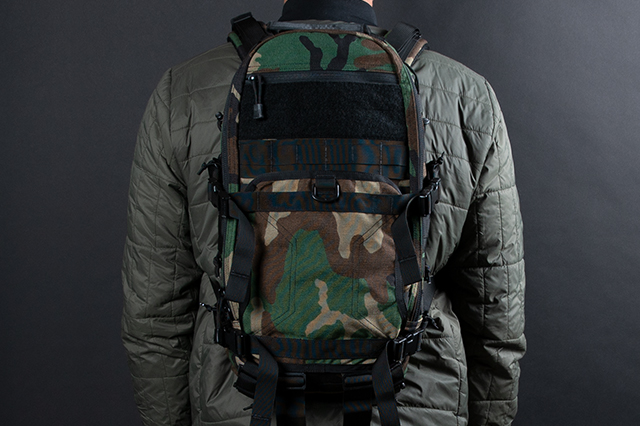 The Triple Aught Design FAST Pack Litespeed has two major dings against it: it is incredibly heavy even when entirely empty and it doesn’t come with a laptop pocket. And that’s going to be a big deal if you want to use it as an everyday carry backpack. However, if you can get past that and its relatively steep learning curve, you’re going to discover that this bag is one of the singular most versatile and durable EDC offerings around. Not only does it offer great durability, organization, and security out-of-the-box, but it can be nigh-infinitely customized to your specific desires and needs — largely thanks to its internal and external MOLLE compatibility. It’s worth noting that, if you have no interest in exploring and purchasing MOLLE modules, you’re likely not going to extract the most value out of this particular bag. Obviously, the hard lean on the tactical makes this more immediately friendly to the military crowd, but we believe this pack has far more to offer than is discernible at-a-glance and hope serious EDC enthusiasts will see just how magnificent it really is. 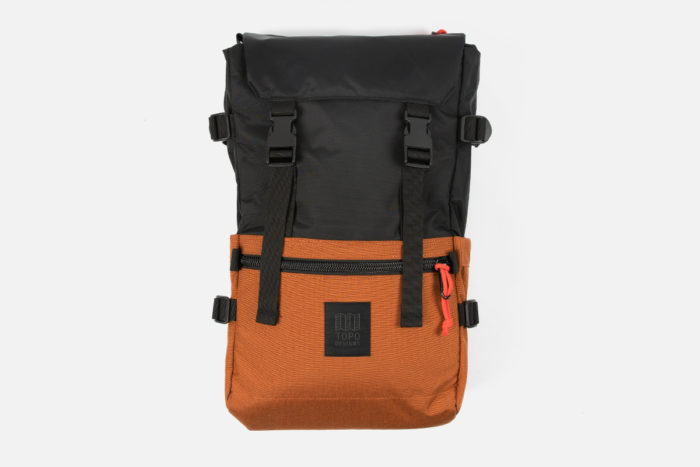 Backpacks did not originate in the realm of everyday carry. Rather, if you’re trying to…